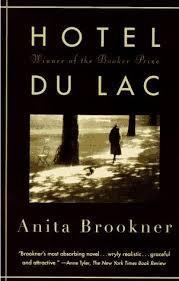 The day seemed interminable, yet neither was in a hurry to have done with it. It seemed to both of them in their separate ways that only the possession of this day held worse days at bay, that, for each of them, the seriousness of their respective predicaments had so far been material for satire or for ridicule or even for amusement. But that the characters who had furnished that satire or that amusement were now taking on a disturbing life of their own, were revealing capacities for command or caprice that threatened, although in a very obscure or oblique way, their own marginal existence. We both came here to get other people out of trouble, thought Edith; no one considered our hopes and wishes. Yet hopes and wishes are what should be proclaimed, most strenuously proclaimed, if anyone is to be jolted into the necessity of taking note of them, let alone the obligation to fulfill them… All I learned I learned from Father. Think again, Edith. You have made a false equation. This is when character tells. Sad precepts of a lost faith.
- from "Hotel du Lac," by Anita Brookner

Hotel du Lac by Anita Brookner, published in 1984, won Great Britain's Booker Prize in 1986, nearly twenty years ago. Materialism, Feminism, careerism, explicit film and writing defined the 1980s - a tumultuous time of "-isms" and their vocal, adamant defenders. Yet Hotel du Lac, written in that period, is a novel of another era, a self-contained, wrly observed bridge between the defined roles and mannerisms of Austen's literary women and the depressed self-definition of Doris Lessing's heroines. In this "no woman's land" between independence of means and thinking and social expectation and the demands of good character, Brookner gives us a woman named Edith Hope, whose last name anchors the trenchant theme of the novel. Edith is a successful romance novelist writing under a pen name who is herself awkward and unsuccessful at love. She finds herself caught in a scandal of her own inept making and forced to seek refuge in a grand but out of the way old European hotel. A hotel occupied by those who in eccentric and unpredictable ways are also refugees from their lives. It is here, dwelling on her options, that Edith is forced to confront what she really feels about love.

I found myself drawn in and occasionally at odds with this novel. Brookner's mannered language is what now might be deemed "overwritten." A contemporary critic might declaim such studied writing inserts itself between the reader and the narrative. Brookner's language colors and slows the narrative, deliberatively. Words such as inimical, penumbra, hitherto, veritable, estimable, propensity, etc., put us firmly in the thoughts of a woman of the nineteenth century, yet Edith Hope is very much living the life of an independent woman of the twentieth. Therein lies the root of the "wrong equation" Edith makes of love and what a woman is entitled to want, to hope for; her dawning awareness of the "sad precepts of a lost faith."

This novel is perhaps the perfect ironic anti-romance romantic novel. The observations and humor are fine; cutting, yet objectively drawn as Edith considers her situation and that of the (primarily) women around her, the elegant lost souls of the Hotel du Lac. Each guest in some way has made her or his own bittersweet pact with love - from the material and indulgent to the rebellious or marginalized. The novel's delicately observed truths about human relationships are centuries old. It is Edith who reminds us of this, even as she herself must decide what history she will choose.

Brookner adeptly lures the reader irrevocably into this novel of quiet desperation. A pattern occurs in the narrative, until it becomes obvious what the heroine thinks may not be true (Edith, you have made a wrong equation), or the predicted outcome is not the outcome at all. And so it with complete pleasure that Hotel du Lac ends on a gesture of rebellion. Edith may not know how to find what she seeks, but finally, she knows what is right for her. I found myself wondering at the novel's end how many of us like Edith live a century behind ourselves. Raised in our grandparents's or parents's value systems, influenced by the books and mythologies and manners of earlier times, perhaps like Edith it takes a turning point to force us forward. To leave behind a life inhabiting the expectations of others and define our own lives.

I just read this book and find myself going back and pondering its many subtle qualities and Anita Brookner's powers as a novelist. This review was among the best I have read for adding insight to my thoughts about the story and how it was told and what it means in its place and time.

I just read this book and find myself going back and pondering its many subtle qualities and Anita Brookner's powers as a novelist. This review was among the best I have read for adding insight to my thoughts about the story and how it was told and what it means in its place and time.

Thank you for your comments!