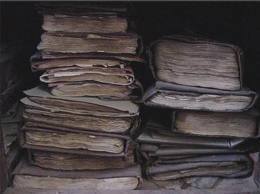 In the arts there are no As awarded for effort.
- John Braine

The artistic process is more than a collection of crafted things; it is more than the process of creating those things. It is a chance to encounter dimensions of our inner being and to discover deep, rewarding patterns of meaning.
- Peter London

I was recently struck by the harsh honesty of Saul Bellow's remark after receiving the Nobel Prize for Literature: "I've been writing now for nearly twenty years. The first half of that time I didn't get published at all, and for the second half my appearance in print has been limited to little magazines that pay in copies and self-published broadsides, open letters, pamphlets, and full-length books. Obscurity doesn't build character. It feeds resentment, envy, anger, and fear." In such landscapes of solitude, bravo the persistent writer! But how do we navigate the rocks? The best writing comes from centered personal originality, yet Bellow acknowledges writers are dogged by resentment, envy, anger and fear. These emotions are anything but conducive to calm, productive inner fires.

I had just been conversing with a friend on her pained decision to put away a manuscript that did not find representation, thinking of two of my own novels in the drawer. Each one of those manuscripts represents an enormous devotion of time, discipline, vision, and craft. But there comes a point when the energy required on the part of artists to battle the markets and sustain faith in projects for which there is no receptive interest becomes too much, and grows damaging. We let go in order to move forward. But if feelings of failure often co-mingle with persistent obscurity for an artist, and criticism seems to accompany success, what is the win?

The win, my friend and I agreed, it is the writing itself. Perhaps that sounds trite, but if creativity is to be hung on the maxim Andy Warhol penned, that "Success is what sells," then we are doomed from the start to persist in the reinvention of art driven by marketing, trends, mass appeal, discounted quantity and bland mediocrity. Wordsworth put it best I think, "Every great and original writer, in proportion as he is great and original, must create the taste by which he is relished." Fulfill first what deep inner drive brings you, the artist, to your task.

Emil Nolde is quoted in Eric Maisel's book "A Life in the Arts," reminding us that "Hardly any of the names of ancient artists are recorded, even though they did more for the happiness of their people than the pharaohs, generals, and world rulers whose pride filled the world with sorrow." Yet obscurity is painful in this modern age of the Cult of the Individual. We modern artists feel talent is somehow validated only by a star on the sidewalks of Hollywood, famous prizes, bestseller lists. The lucky are envied by the unlucky. And most of us deeply fear our struggles are in exact proportion to our lack of ability.

My friend, a genuinely gifted writer, made the decision to step away from the negativity of pushing her manuscript against resistant publishers and return, for the time being, to the flow of her other writing, for which she is justly and widely recognized. I reminded her that no writing is ever lost. The grief of the stillborn project, whose creation has consumed years to months, is very real. But putting a stalled manuscript to rest, finally, releases our creativity to move on. The work isn't dead, we will revisit it someday; and yes, interest in any one subject may have ebbed, but not forever.

A decision to let go takes great courage. It is the first lesson in truly writing for oneself: the work may only ever be yours. But all we are belongs to the world. Bits and pieces of what we write will find their way into the world. Creativity is never wasted.