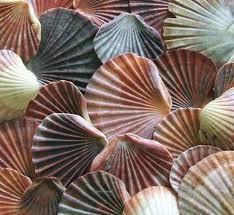 We've all watched children at play. Their imaginations appear to have no limits. Effortlessly they employ an intuitive knowledge learned in the making, adding to their own hands-on experience of the processes and principles required for the construction of sand castles, Lego planets, Barbie fashion design, refrigerator-box tree houses. Off they go on adventures from the future, the past, and far far away. In and out of history and story-telling and artistic expression. Block towers wobble over, derby cars fly. Children build what they can imagine.

Yet I have also often seen children on their way home from school: heads down, backpacks heavy, crushed under an education system designed around memorization and bypassing the development of creativity skills. Society wants engineers, developers, scientists. But do we really want a generation reared in STEM (science, technology, engineering, math) -based learning curriculums without the complementary mental development to support their use in imaginative and forward-thinking ways? If when we are young we develop knowledge but forgo imagination, our world is only half what it might be. I've heard it said the solution is simple: we've only to put the "A" in STEM. The arts. Add the arts and we get STEAM: minds that are creative and inventive and with a tool kit to make something of those fabulous out-of-the-box ideas. Full speed ahead.

In the meantime, the brother and sister in front of me down the beach are building what I assume is a sand castle and standard moat. Their hands and buckets are busy scooping and shaping towers and bridges. When I bent over to admire their efforts on my walk and asked about their castle, I was solemnly corrected. They were constructing, they told me, interrupting each other with a fountain of details, a fiery sand-world Dinotopia. All those seashells and funny shapes on the cliffs (not towers) were dangerous creatures roaming the planet, battling for the sea. I'm glad I know now. I handed them a broken whelk, and it instantly became a triceratops rising from the surf.

Knowledge is power, but imagination takes us to the stars.