An Archeology of Lives 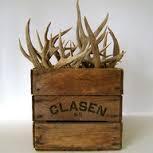 I have looked and looked
for myself,
not sure

who I am, or where,
or, more importantly, why.

- Mary Oliver, from A River Far Away and Long Ago

I was having a conversation with my daughter recently on the many ways her college major in Art History prepared her for medicine. The study of art was a path of joy for her, a genuine, lifelong passion. But an interesting thing stood out for her - the unexpected ways one passion bridged to another. Art History became a foundation for the study of medicine. She spoke about the ways understanding, cataloguing, researching, and appreciating art teaches you to notice details; trains you to retain enormous amounts of relevant, sometimes incomplete data; underscores the importance of provenance (diagnosis); and the subjective role of interpretation. Learning to see, she said, comes before knowing what it is you're looking at.

This thought has stayed with me. Not long ago I had the experience, as many of us have, of helping someone close down a house. The house was on the market, the marriage unfortunately ended, the kids grown and moved away, and the "stuff" of the house worn and unneeded. As I helped to sort and toss, piling things for charity, for the dump, for their kids' storage, I thought about all the ways in which our stuff stands as this great, strange emporium of our lives. An archeology: A personal imprint left behind of those who owned and used these things. A room of more than 200 used 1000-piece puzzle boxes...were these owned by someone who loved intricate problems, or an extremely lonely person? Baby gifts in their original wrapping, never given. Canning jars in multiples, light bulbs, winter tires. A wine cellar with an impressive collection hidden behind a messy and cluttered junk room, rarely visited. An unfinished library. A cross-bow. A broken violin. A VCR. Bulk stale chocolates. Mismatched diningware and drawers and drawers of holiday tea towels. Chairs for cats to shred, but nothing for people. Hand-made baby Christmas ornaments. Fake flowers still with the price tags on. Souvenirs from travel neither worn nor displayed. A dog's ashes in an unmarked canister on the mantle.

Our lives speak a strange truth about us through the things we are drawn to, find precious and collect. Even more is said by the things we ignore or leave behind. Are we hoarders? Believers that everything, even junk, has some value and nothing of value should be dismissed? Or minimalists, too burdened by objects to invite them in? Maybe like our parents we are sentimentalists, carrying the objects of generations around with us like human "family attics."

Kristine Trego, PhD, Professor of Classics at Bucknell University and underwater shipwreck archeologist, told a group of us in the Mediterranean about her work on ancient Greek trading vessels off the coast of Turkey. From the most mundane daily objects in a ship's galley she is able to gain insight into the lives of those from long ago. A weighted candle cup. The earliest known "computer" for navigating. Small good luck charms. Food from multiple lands that might indicate the origin of the crew or the ship's trading path. She spoke about our tendency to collect, a passion shared with many other species as it turns out. Inside an almost perfectly preserved amphora on the sea floor they disturbed a small octopus. Inside his "home" were other artifacts from the nearby wreck the divers were interested in recovering. But when they reached in to remove an item, the octopus would reach out and pull it back. This tug of war went on without end, much to the amusement of the divers; finally prompting the crew to make a rule in honor of such tenacity such that no one could eat critters inhabiting the objects of the wreck. Bad karma, the thinking went. These sea dwellers were the "archeologists on site" before we were.

I've often wondered at the public appeal and strange melancholy of thrift stores, yard sales, and auctions that follow the emptying of a house. Perhaps this mix of emotions lies in the exposure of the contents of our jars. What did we cling to in our lives, treasure from the world around us? When we are gone or move on, without this context once-important things seem to diminish and lose their luster, take on a disposable, used fragility. Yet the stories speak. We turn the objects over in our hands, wondering what on earth someone would do with a crate of deer antlers.

Oh, I love this. Indeed, what we have, keep, store, forget, cherish is all a part of our private archeology. What a powerful image. xoxo