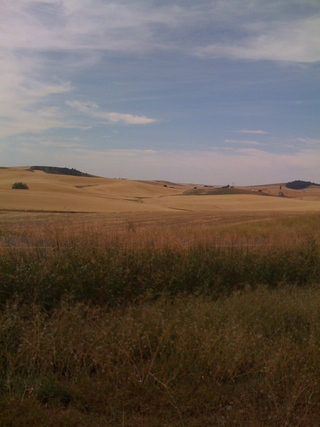 Hello Friends,
Normally I begin the blog with a line or two of poetry that anchors the essay to follow. Today I give you a poem as the essay. Campbell McGrath is to me, a poet with a soul as subtle and shining the inside of an abalone shell. As a poet his themes and ideas are so concise they cut through murk with an un-dissuaded intention. As a wordsmith, he gets you there on the blue highways; the scenic route, the path of surprises. And as a writer, his poems are imbued with a respect and mastery of language and subject matter that cannot be falsely constructed. The wizardry of McGrath's art burns from within, the sun in the orbit of his seeking, the light that guides his unique and questing intellect. As most of you know, I chose Campbell's astounding neon poem, "The Human Heart," as the epigram to my memoir, THE GEOGRAPHY OF LOVE - a poem that says all I think I would want to say about love, and its small stories of human frailty, survival and that schmaltzy thing that makes us string Christmas lights on the turquoise-white Dew Drop trailer.

The poem below tells you all I would want to tell you about landscape and language and the paintings we make with our imaginations. So for today, my gift to you is Campbell McGrath. Enjoy.

The Prose Poem
by Campbell McGrath

On the map it is precise and rectilinear as a chessboard, though driving past you would hardly notice it, this boundary line or ragged margin, a shallow swale that cups a simple trickle of water, less rill than rivulet, more gully than dell, a tangled ditch grown up throughout with a fearsome assortment of wildflowers and bracken. There is no fence, though here and there a weathered post asserts a former claim, strands of fallen wire taken by the dust. To the left a cornfield carries into the distance, dips and rises to the blue sky, a rolling plain of green and healthy plants aligned in close order, row upon row upon row. To the right, a field of wheat, a field of hay, young grasses breaking the soil, filling their allotted land with the rich, slow-waving spectacle of their grain. As for the farmers, they are, for the most part, indistinguishable: here the tractor is red, there yellow; here a pair of dirty hands, there a pair of dirty hands. They are cultivators of the soil. They grow crops by pattern, by acre, by foresight, by habit. What corn is to one, wheat is to the other, and though to some eyes the similarities outweigh the differences it would be as unthinkable for the second to commence planting corn as for the first to switch over to wheat. What happens in the gully between them is no concern of theirs, they say, so long as the plough stays out, the weeds stay in the ditch where they belong, though anyone would notice the wind-sewn cornstalks poking up their shaggy ears like young lovers run off into the bushes, and the kinship of these wild grasses with those the farmer cultivates is too obvious to mention, sage and dun-colored stalks hanging their noble heads, hoarding exotic burrs and seeds, and yet it is neither corn nor wheat that truly flourishes there, nor some jackalopian hybrid of the two. What grows in that place is possessed of a beauty all its own, ramshackle and unexpected, even in winter, when the wind hangs icicles from the skeletons of briars and small tracks cross the snow in search of forgotten grain; in the spring the little trickle of water swells to welcome frogs and minnows, a muskrat, a family of turtles, nesting doves in the verdant grass; in summer it is a thoroughfare for raccoons and opossums, field mice, swallows and black birds, migrating egrets, a passing fox; in autumn the geese avoid its abundance, seeking out windrows of toppled stalks, fatter grain more quickly discerned, more easily digested. Of those that travel the local road, few pay that fertile hollow any mind, even those with an eye for what blossoms, vetch and timothy, early forsythia, the fatted calf in the fallow field, the rabbit running for cover, the hawk's descent from the lightning-struck tree. You've passed this way yourself many times, and can tell me, if you would, do the formal fields end where the valley begins, or does everything that surrounds us emerge from its embrace?