The Gift of One Run 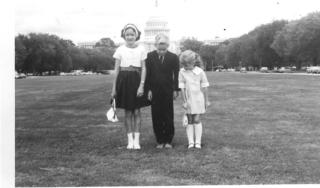 On Satuday morning, my first morning in Washington DC on this short visit, I awoke early and headed out in the dark for an early morning run. I know this city well, spent my youth and early career years here - and returning from the distant West Coast felt like cracking open the attic and lifting the lid of a cedar chest. The bite of sudden and sensate body memories hits hard. Feeling an ache in my solar plexis of missing even what is not yet past, I took to the pavement in Georgetown in the predawn dark. Maybe not wise to run alone at the hour, but familiarity makes you fearless.

As I followed the path along the Potomac, dipping by the Thompson Boat House and moving briskly along under the terrazzo of the Kennedy Center torward the Lincoln Memorial, stars fade into a soft inky gray. October and chill - shorts and light long sleeve - and body heat does not compensate. Puffs of warm breath make me very aware of my animal physicality as I pound along in the dark. One runner passes in the dark headed the other direction; we exchange a silent recognition of something shared in darkness and the very run itself.

As I looped up a slight climb and passed the impressive gold-tipped pillars marking the bridge to Virginia, a blush color began to rise from the smooth surface of the Potomac River, and rising on warming mists, touched the still night-dark autumn tree leaves a startled pink and glinting yellow. I rounded the Lincoln Memorial and taking a deep breath, jogged the steep flight of white marble steps upwards to the pillared chamber, said my hellos to that great and abiding American, and then turned, facing the Reflecting Pool and the wreath monument to the terrible war in the Pacific and Atlantic. An expanse of vast beauty lay before me, full of silence and portent that at this hour stretched in my imagination across all of American history. The People's Place. Below, dawn flooded in ripples over aprons of white stone, tinged to blue-rose the water of the granite reflecting pool, and gilded the distant dome of the Capitol. I was aware of only a handful of others - professional photographers mostly, waiting for just this moment in the early morning when the monuments catch fire at the same moment, golden pearls in a lovely line from Lincoln to Capitol Hill.

I ran down the steps, looped the Reflecting Pool and headed back as I came - the image of a cloudless Washington dawn in my heart even as beside me on the river two 8-man boats from the Georgetown University crew beat their oars thru the water in time with my breath. They slipped by in the mists, disappearing around the bend toward the famous distant Georgetown spires. This, this whatever it is - is Why I Run.

Glenda...brought back some happy memories of time spent in DC many years ago growing up in Frederick, Md. Enjoy reading your blog and learning all about you and the family...Best Wishes