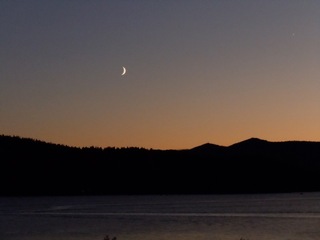 Halfway down the road to civilization the electronics buried in our duffles ping on, buzzing and downloading in a bursting hive of fury and we have to laugh. The world. It doesn't wait, and it doesn't matter.