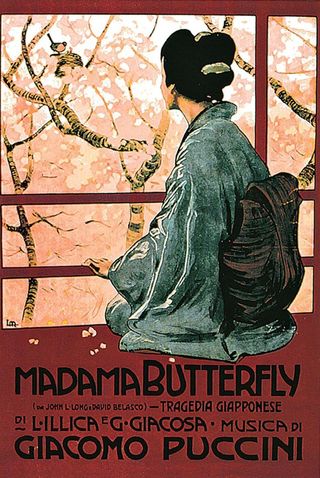 It is a function of all art to give us some perception of an order in life, by imposing an order upon it. The painter works by selection, combination, and emphasis among the elements of the visible world; the musicians, in the world of sound. It seems to me that beyond the nameable, classifiable emotions and motives of our conscious life when directed toward action - the part of life which prose drama is wholly adequate to express - there is a fringe of indefinite extent, of feeling which we can only detect, so to speak, out of the corner of the eye and can never completely focus; of feeling of which we are only aware in a kind of temporary detachment from action. There are great prose dramatists - such as Ibsen and Chekhov - who have at times done things of which I would not otherwise have supposed prose to be capable, but who seem to me, despite their success, to have been hampered in expression by writing in prose. This peculiar range of sensibility can be expressed by dramatic poetry, at its moments of greatest intensity. At such moments, we touch the border of those feelings which only music can express. We can never emulate music, because to arrive at the condition of music would be an annihilation of dramatic poetry. Nevertheless, I have before my eyes a kind of mirage of the perfection of verse drama, which would be a design of human action and of words, such as to present at once the two aspects of dramatic and musical order. It seems to me that Shakespeare achieved this at least in certain scenes - even rather early, for there is the balcony scene of "Romeo and Juliet"- and that this was what he was striving toward in his late plays. To go as far in this direction as it is possible to go, without losing contact with the ordinary everyday world with which drama must come to terms, seems to me the proper aim of dramatic poetry. For it is ultimately the function of art, in imposing a credible order upon ordinary reality, and thereby eliciting some perception of an order in reality, to bring to us a condition of serenity, stillness, and reconciliation; and then leave us, as Virgil left Dante, to proceed toward a region where that guide can avail us no further.
~ T. S. Eliot, POETRY AND DRAMA, The First Theodore Spencer Memorial Lecture, 1950

Here is the challenge with which drama must come to terms: To go as far as it is possible to go without losing contact with the ordinary everyday world. The meat of all art lies in that single sentence. Eliot defines a powerful philosophy of creative endeavor - "For it is ultimately the function of art, imposing a credible order upon ordinary reality, and thereby eliciting some perception of an order in reality, to bring us to a condition of serenity..." And? And? Leave us. On the edge of an unfathomable abyss of the undefined; intuiting an understanding for which words fall short.

I am musing today on favorite works of art and music. Books I have read for which this alchemy of order-imposed-upon-mystery rings true. You must have them as well. This morning I am listening to a recording of Puccini's Madama Butterfly. Is this the voice of poetry? Hear the secrets. The weighted crack of heartbreak - the single clear notes quivering in the air. I am lost in the farewell aria Addio Fiorito Asil. She is singing, "The boy's name is Trouble, but he will be renamed Joy upon his father's return..." And then I glance at my bookshelf and think of the description of winemaking in Anne Carson's prose poem, The Beauty of the Husband, that lays forth all of what she will say about love in one devastating sentence - "An ideal wine grape/is one that is easily crushed." Or of late, closing the book on Anthony Doerr's exquisite All the Light We Cannot See, "Every hour, she thinks, someone for whom the war was memory falls out of the world."

The perception of an order in life: words and images, a nuance. A tangible thing composed, danced, hammered, sketched, or sung from the everyday ordinary. The world arranged for us in transcendent verse. Awareness gathered in a glance, from a tear drop, plucked from a tide pool abandoned by the sea. The hint of possibility.

If you can, take a moment. Study the way light falls across the stubbled field. Hear the wind worrying in the birch leaves. Speak aloud the words of a love letter. Follow a painting in, in through the artist's eyes. All that life is, actually is, lies at the edge of comprehension. There but not there: the lingering strands of a dream. Find your way. Seek the brave unknowing. As Virgil left Dante.