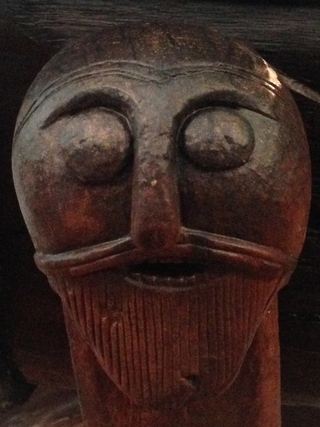 I feel that art has something to do with the achievement of stillness in the midst of chaos. A stillness which characterizes prayer, too, and the eye of the storm.
- Saul Bellow


Permission to express our inner drive and creative vision is perhaps that one thing that most mysteriously holds the scientist, writer or artist back. Permission to begin, to commit, comes from within. Articulating a decision to take action - to do something - creates accountability. This can be intimidating. We are deeply afraid of failing ourselves. And secondarily, failing those that depend upon or observe our ambitions. William Styron stated the whole concept of his novel Sophie's Choice was the result of a dream, a kind of waking vision. What if he had never written the vision into words? Dreams we merely toy with fragment and fade, whereas dreams hammered into projects are testament to attention and hard work. Allowing commitment - permission - is what separates the two, and sometimes permission represents the hardest part of the idea-product equation.

The writing process itself is part inspiration, part mental compost. Argentinean writer Jorge Luis Borges wrote that it is written in the kabbalah that when words in a dream are loud and distinct and seem to come from no particular source, these words are from God. I personally don't know if the source of such inspiration is a higher being or an awakened inner wisdom, but I do practice receptiveness. Nicholas Delbanco describes it well when he writes, "The writer gleans wind scraps; he listens wherever he can. Each day is full of instances; what counts, as with all stimuli, is the sympathetic response." In other words, allowing the idea or insight to seed, and actively encouraging its growth.

What follows is not a volley of thunder from the heavens or celestial illumination. Work unfolds. Within work burns creativity - whether in the routine of the farm, at a desk in an office, or in the cockpit of a plane. Here is how Eudora Welty described her writing work day: After she got up, had her coffee and "an ordinary breakfast," she went to work until at the end of the day, around five or six o'clock, she'd stop, have a bourbon and water and watch the evening news. Put in the hours, write the words, build the book.

Why is work that honors the creative important? Why bother at all? Because to honor our creative impulses is to honor the impetus of the soul to do more and be more. The human psyche craves expansion, greater personal growth, discovery. Refusing to honor the push forward sinks us where we stand. We are done with life when we cease to engage with our dreams.

In closing, consider this beautiful set of opening lines from W.S. Merwin's poem, "Losing a Language" -
A breath leaves the sentences and does not come back
yet the old still remember something that they could say

Wow. Those first two passages take my breath away. Yes, yes, and yes. Thank you for your words. xox

Lindsay, Sherry - I appreciate your comments greatly. We are a community of minds and souls and enrich one another by sharing. Joy to you!

Hi Glenda. I just read your memoir and I couldn't put it down from start to finish. Despite your loss, you had the most wonderful gift of that relationship and it came through in the book. I only hope I have that kind of connection with the right partner one day. Your story gives real perspective of what matters.

Thank you, Carol. Your words mean a great deal to me. xx