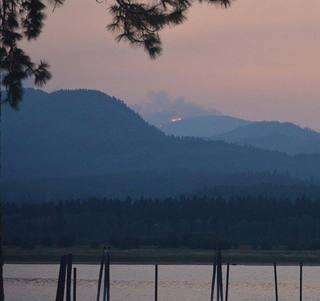 THESE ARE THE CLOUDS
by W. B. Yeats

I have been greatly affected this week by the dominance of Nature over the circumstances of my small life - the consequences of what we cannot control. We live, in this century, with confidence we are masters of our universe. We build and destroy, take and consume, break apart and redesign nearly everything we can place our hands and minds to. Humans, for better and frequently worse, seem designed by Nature itself to be master manipulators. Free to practice partnered husbandry with the Great Creative over all things biological, physical, and material. If somehow, in the days of Earth, we overstep, waste, or falsify the better outcome, are we to blame?

My answer is yes. If we know the risks even as we commit our transgressions, we are rolling the dice on a complex ecosystem. (And here I am thinking of the recent EPA toxic river spill in Colorado.) What we have taken for granted in our schemes to command the planet have the exact atomic weight and fragility of the diverse elements of life: what takes so long to create, and mature, can be destroyed in an instance by violence, tragedy, or disease. But Nature is renegade. Stand witness, as I have this week, to the perfect storm that is drought, lightning, and wind as it ravages the wilderness with fire...natural disaster strips away the illusion humans are the field marshals of our planet. Nature, too, can destroy as even-handedly as it constructs. The difference between what humans do, and Nature, is the imbalance of response. Man destroys and abandons, Nature destroys but rebuilds.

Last night, in the darkness in the parking lot of a mountain bar, a group of young men began a circular argument fueled by ego, alcohol, and simmering teenage resentments. Their voices rose and their language dissolved into a brute Morse Code of the F word. I felt the sheer destructiveness in their youthful unchanneled energy - human aggression so poorly employed it reached, by theatrics alone, the level of fury – a tornado of pointless and violent engagement. In these forests, some of these raging fires were started with a flung cigarette, a careless campfire. One human animal, aware of the risk yet balefully inviting danger – out of boredom, an abuse of power.

I’m not sure how all these thoughts are connected, but to say that this morning at the beginning of the Priest Lake Triathlon, men and women of all ages and abilities stood shivering on the cold sand at the edge of the lake as the organizers of the race led a benediction to the beautiful wilderness, expressing gratitude for the shift in winds that lessened the smoke for the athletes, expressing their hopes for the fires to end. The race leaders thanked the wilderness for the chance afforded the athletes to test their mettle in harmony with nature. This, the face of the benevolent co-creative.

Lightning, fire.
Cigarette, fire.
Humans, challenging themselves in the arena of the outdoors.
The fragility and the power.
The presumed survivability of the planet.
Until something goes horribly, irreparably wrong. Until we remember what Yeats wrote a hundred years prior - “all things at one common level lie.”

This century - now - we face the challenge to rise above; to identify and engage in better solutions to our weakest tendencies. To lend a hand to the wilderness, to step back from greed, to sheath our axes.

*Note: That afternoon after the triathlon concluded, the winds picked up in the mountains and the fire danger evacuation levels were raised as the fires crept closer to the one exit road and the lake itself. We were evacuated from the mountains and drove south through gusts of dust and fire smoke - arriving home overwhelmed with apprehension and humbleness, stunned by the size of the forests facing annihilation. As of this writing, the Tower Complex fires are continuing to grow in acreage, and the rain, sporadic, has failed to beat down the winds or damp the dry tinder. Over two hundred men and women are battling, in hand to hand combat, the forest fires in Washington. Men and women doing their best under the most dangerous of circumstances. Warriors for survival.

I offer my thanks.